A downloadable game for Windows

Use the transformation buttons to instantly fold the Mechagami into a new form. Experiment with different forms in different situations.

Robot - Run, jump, stomp enemies. When you collect enough weapon power you can throw fireballs. Upgrades include a jetpack, a laser sword, and a nearly impenetrable force field.

Missile Launcher - This stationary form allows you to fire missiles using a targeting reticle. Missiles penetrate force-fields, and explode to damage multiple enemies at once. Collect weapon power to increase missile speed and reload rate. Upgrades include a self-repair feature, an automatic weapon charger, and a death-ray sub-mode.

Rocket Ship - This is the first form that allows you to fly. Use the directional controls to rotate, and the jump/thrust button to thrust. It can be challenging to control on-planet. Collect weapon power to increase fire rate and bullet spread. Upgrades include fuel capacity, and a second minigun that can be directed to fire fore or aft of the ship.

Saucer - This is easier to control, but can only fire horizontally. It doesn't need fuel to fly, but it does require fuel to power its laser beam. Collect weapon power to upgrade the laser, and add the ability to drop bombs.

Osiris - The red desert planet. Explore ancient ruins left by a long extinct civilization. Most of the Mechagami's form blueprints can be discovered in the underground caverns of this world. The rocket form lies at the bottom of a dormant volcano guarded by a giant space octopus!

Ereshkigal - The moon of Osiris. Home to an abandoned underground moon base. Here you can find the Charge Beam for your Tank for and the Fuel Upgrade for your rocket form... if you can navigate the sharp, rocky surface.

Gilgamesh - This large Earth-like planet was recently evacuated due to the invasion of giant space monsters. A giant enemy crab and a cyborg dinosaur guard upgrades in the caverns below ground. The planet is also haunted, apparently.

Yggdrasil - Not really a planet, so much as a giant space-tree! This maze of twisted branches hides important upgrades for your robot mode. Watch out for the cute pink draxolotls!

Orcus - The galaxy's most deadly space-dungeon! You'll explore its depths to discover the key do finally destroying the phantom planet Yuggoth (aka Pluto), You may not need every upgrade to succeed, but each one will open up shortcuts.

Yuggoth - Your mission is to destroy this . Yuggoth is guarded by a civilization of evil flying crab-fungi known as the Mi-go. They use phantom planet technology to keep Yuggoth hidden. Once you uncover its location your orders are destroy the entire celestial body from orbit - it's the only way to be sure!

In order to download this game you must purchase it at or above the minimum price of $15 USD. You will get access to the following files: 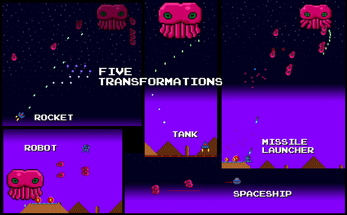 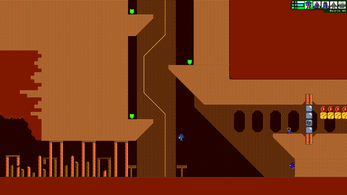 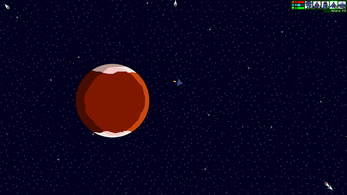 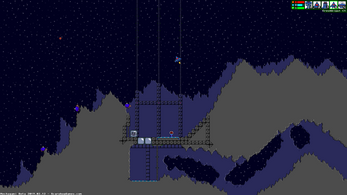 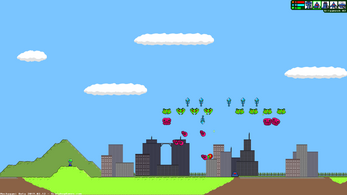 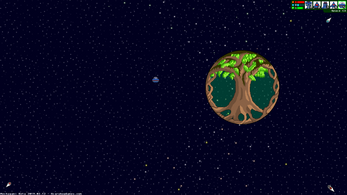